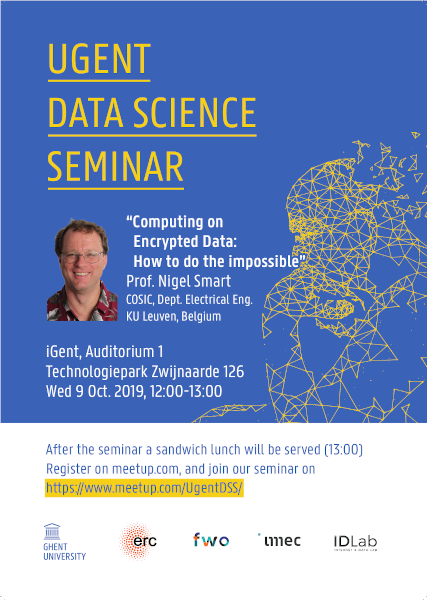 Prof. Nigel Smart (KU Leuven): Computing on Encrypted Data: How to do the impossible

I will discuss how the technology of MPC and FHE is changing the way people process data, by allowing them to compute on data whilst it is “encrypted”. I will discuss a number of use cases of the technology. The talk will not go into technical details, and thus you do not need to understand any cryptography for the talk.

Smart was a founder of the startup Identum, which was bought by Trend Micro in 2008. In 2013 he co-founded, Unbound Tech, a company deploying products based on multi-party computations. He is also the co-founder of the Real World Cryptography conference series.

After the seminar a sandwich lunch will be served (13:00)